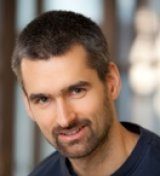 I received my PhD in computer science from Graz University of Technology in 2007, where I worked on virtual and augmented reality applications in the medical field.

The practical goal was to facilitate liver surgery planning as well including radiological tasks like liver and tumor segmentation in a virtual environment.

At the Ludwig Boltzmann Institute for Clinical-forensic Imaging I worked on techniques to optimally exploit data from emerging practices like crime-scene 3D documentation performed by the police, 3D injury documentation, post-mortem CT, and MRI scanning in legal medicine, leading novel visualisation techniques for forensic case analysis as well as the development of an integrated 3D crime-scene documentation system from 2009 to 2019. In 2020 I joined the Ludwig Boltzmann Institute for Archaeological Prospection and Virtual Archaeology, which is renowned for many breakthrough discoveries in archaeology in the last decades, such as the second Stonehenge discovered in 2009 and the boat burial in Gjellestad, Norway discovered in 2018. Their success is largely based on the extensive use of a multitude of prospection methods ranging from remote sensing, like airborne laser scanning to geophysical prospection using ground-penetrating radar (GPR), which allows to retrieve 3D images from beneath the ground in a non-invasive way. The vast amounts of heterogeneous data, their faults and imperfections, and the need for conjoint visualisation in the analysis stage as well as for presenting results are the driving forces for my current research.

The widespread and joint use of 3D imaging modalities including laser scanners, CT, MRI, image-based modelling leads to an increasing number of heterogeneous 3D datasets. Optimally understanding their mutual information content in general and dataset immanent spatial feature relations requires visualisation techniques capable of producing conjoint visualisations seamlessly combining the visual contributions from the data representations involved, namely 3D models, 3D point clouds, and 3D volumes. Moreover, pre-processing and flexible tools to control the influence of the respective representation are required to avoid clutter.
In the talk I am going to present such an integrated 3D rendering approach including practical applications in legal medicine, forensics, anthropology, and archaeology.