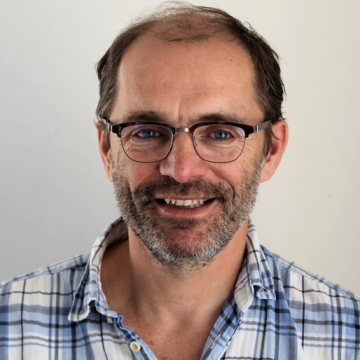 Jiri Matas is a full professor at the Center for Machine Perception,
Czech Technical University in Prague. He holds a PhD degree from the University of Surrey, UK (1995). He has published more than 250 papers in refereed journals and conferences. His publications have about 50000 citations registered in Google Scholar and 20000 in the Web of Science. His h-index is 80 (Google scholar) and 54 (Clarivate Analytics Web of Science) respectively.

He received the best paper prize e.g. at the British Machine Vision Conferences in 2002 and 2005, at the Asian Conference on Computer Vision in 2007 and at Int. Conf. on Document analysis and Recognition in 2015. J. Matas has served in various roles at major international computer vision conferences (e.g. ICCV, CVPR, ICPR, NIPS, ECCV), co-chairing ECCV 2004, 2016, 2022 and CVPR 2007 and 2022. He is an Editor-in-Chief of IJCV and was an Associate Editor-in-Chief of IEEE T. PAMI. He served on the computer science panel of ERC.

Establishing geometric correspondence between images: from theory to applications

Establishing geometric correspondences in a pair of image, or more generally a collection of image, depicting the same object or scene, is a core component of a number of computer vision problems, such as 3D reconstruction, image retrieval and image-to-image registration.

The difficulty of image matching stems from the range of factors that may change between the observations – the viewpoint, the illumination, the properties or even the modality of the acquisition device; some parts might be occluded. The scene itself may change geometrically and photometrically.

We will first formulate the problem, present the standard image matching pipeline, which currently includes a number of CNN-based modules, as well as some end-to-end recent methods. Finally, we will present selected applications.