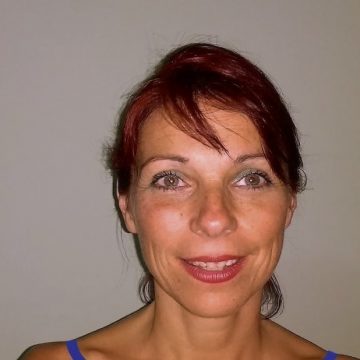 University of Rijeka, Department of Informatics

Marina Ivasic-Kos is an Professor, Head of the Department of informatics and Head of the Laboratory for Computer Vision, Virtual and Augmented Reality at the Centre for Artificial Intelligence, University of Rijeka. She earned her Ph.D. in Computer Science at the Faculty of Electrical Engineering and Computing in Zagreb in 2012.

She has been involved in several business and research projects in information and computer science fields as well as several ICT COST, Erasmus+ and EU HKO projects. She is the project leader of research project Automatic recognition of actions and activities in multimedia content from sports domain and principal researcher at project Knowledge-based approach to crowd analysis in video surveillance both funded by National Research Agency. She also runs two projects funded by the University of Rijeka that deal with the automatic recognition of actions in sports and a national project for career development of young PhDs.

Her research interests are focused on artificial intelligence, computer vision and knowledge representation. She presented her research at numerous conferences and journals. She is a topic board member of MDPI Journal of Imaging and reviewer for high-cited journals such as Pattern Recognition, Expert Systems with Applications, IEEE Transactions on Fuzzy Systems, IEEE Transactions on Cybernetics, IEEE Signal Processing, IEEE Access, International Journal of Uncertainty, Fuzziness and Knowledge-Based Systems, MDPI Sensors, MDPI Entropy.

This lecture deals with the application of deep neural networks in the analysis of sports scenes such as player detection, tracking and recognition of player activities. Scenes taken during handball games and training will be used as an example.

Handball is a team sport of two teams with 7 players each. It is played in the hall, with the ball according to well-defined rules. Players change roles during the game, from defense to offensive, using various techniques and actions to score or defend a goal. The aim of the analysis of sports handball scenes is multiple, from helping the player and coach in monitoring the performance and progress of players, analysis of techniques, assistance in refereeing and the like. This is a very challenging task for object detectors and trackers, given that players move quickly on the field under artificial lighting with cluttered background, change their position and distance to the camera, often overlap, …

The lecture will present the various experiments involving player and ball detection using state-of-the-art deep convolutional neural networks such as YOLO v3 or Mask R-CNN, player tracking using Hungarian algorithm and Deep Sort, and player action recognition using LSTM. The ability to use additional low-level features such as Optical flow and STIPs to determine the leading player in the game will be also demonstrated.

In conclusion, open questions and challenges will be discussed in the application of deep learning methods in such a dynamic sports environment.